🪶 Most recommended streams if you're new. 🪶

Many hoomans fell for Mumei due in part to the scuff in her early streams, and a big part of the experience was watching her grow and improve over time. Here's a list of the most recommended streams to watch in order to fully appreciate the evolution of Mumei. You can click on the thumbnails to access the stream.

Go back to the Main Page 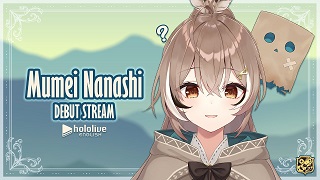 Go back to the TOC Scuff, bird noises, digging a hole for an hour or so and Pete. Has a follow-up stream a year later that is also a reboot.

Go back to the TOC Legendary meme status of being recommended everywhere by the YouTube algorithm, Sana's comeback and sudden collab provided some really cute moments and part of the mythical Sugar Rush

Go back to the TOC Forgor's first death also the first time we saw a tryhard Mumei.

Go back to the TOC What is featured on this recommendation list was her longest stream at the time before being beaten by the 'Pokemon breeding' stream. Described as possibly one of the most entertaining MC stream from Mumei's POV in multiple aspects and most particularly interactions with Sana and Kronii. Slow second half, but still worth the watch.

Go back to the TOC Most recent longest stream, clocking at 6:13:43. The other reasons why the stream is featured in the rentry are the VChat interactions with Bae and Kronii and the last 30 minutes of perseverance on Mumei's part to get done with her in-game objectives.

The Legend of Zelda : Breath of the Wild

Go back to the TOC BotW was her longest running series so far and as far as gaming goes. /who/'s most recommended stream would be the Zora's Domain one (Part 6 - BEASTS!) - on the sole context that it was the very first 4 hour+ stream on her channel and was the very first stream of the Sugar Rush week.

Go back to the TOC Another saga (just like HoloCure arc) but just as more addictive for Mumei. Seems to be the perfect game fitting her tastes: basically Minecraft with guns, multiple targets to shoot at, wild tangents and situations leading to multiples interactions with her JP/ID senpais and kouhais - most of the streams listed so far happened during the 2nd season with the exception of the collab with Gura and Fauna, which happened a few days before the server wipe.

Her 3rd stream called 'shhhhhhh' is the one being the most recommended by the thread due to the in-media-res interactions with Moona and Kaela (kickstarted when Mumei killed Kaela before the start of her own stream) and the gambling sequence. It was mostly a solo stream with mundane tasks despite the large cast of protagonists in these events: Subaru, Moona, Kaela & Zeta (Luna & IRyS were also in the surroundings, without being seen on Mumei's stream). Here's the link to the RUST Annex - everything from Mumei's POVs, the Alt POVs and the M.E.S. timestamps will be archived in the chronological order.

Go back to the TOC See the Music (Songs & Karaokes) rentry. The most recommended would be the following :

The members ones ('Member's Unarchived Karaoke' and 'Acapella') are also heavily recommended.
The off collab karaokes that happened on Ame's channels are also recommended by the thread. The first link is the archived part of the offcollab while the second is the unarchived part. We'll note for the sake on being an anecdote that all the members of that off-collab were all drawn during the very first episode of the 'Mumei draws HololiveEN' series. It was a subject of a (joke) controversy on /who/ whenever this thing was unintentional or rigged.

Drawing Reine (as a Peacock)

Known as the Peacock drawing, serving as a response to Reine's initial drawing of Mumei.

This entry is the very first Twitter Space. See the Various pieces of media rentry for future entries.

Sources of wild and wilder tengents. Also not laughing in the case of the Mumei Rants. Worth to note that the original 'Mumei Rants' stream from January 2022 had a follow-up a few months later.

This is what her sense of humor is like. Also 'I expected better from you' as she says. On the side note and it's an opinion shared by Mumei herself and /who/ : The 'i forgor' meme needs to die! Her ideal source-material for memes have to be mainly based on streams or any different interactions whenever it's twitter or chat interactions as long as memes used prior to her debut aren't overused, seem forced or is irrelevant to her character.