Economy of the Empire of Nijisanji

Nijisanji has a developed economy that has a balance of raw materials that come from the earth, agriculture, industry and most importantly, from the sea. 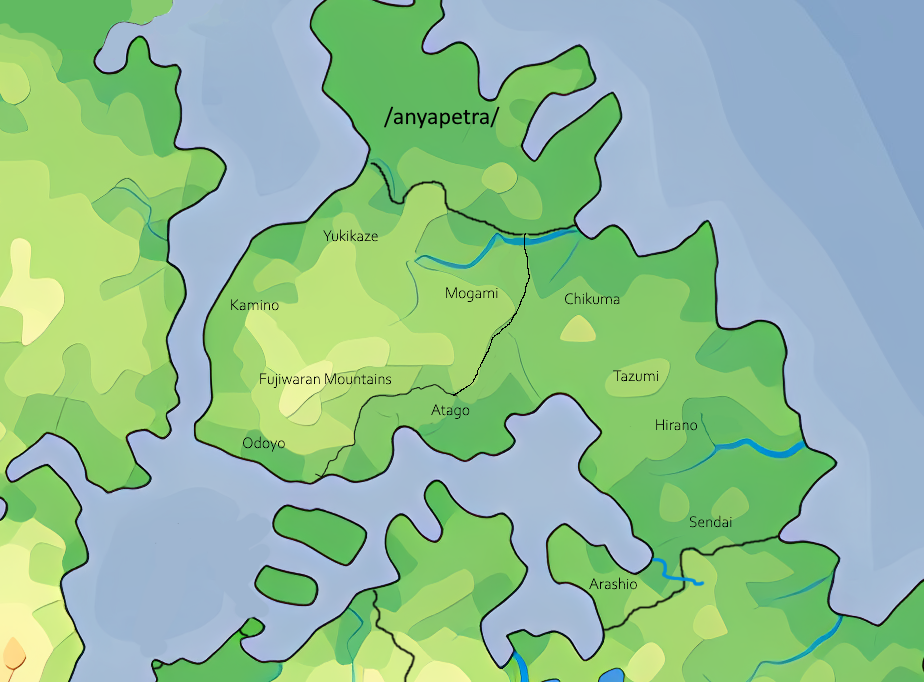 The agricultural sector of the economy is concentrated in a variety of regions. Rice farming, cash crops, spices and cereals are harvested from the Higano, Sendai, Chikuma, Yukikaze and Mogami Regions, where a large portion of the inland rural population are farmers. Pastoral agriculture can be found in Kamino Odoyo and Atago, though this plays a lesser role in the local economies. Irrigation networks, crop rotation and the growing fertilizer industry keep the output high.

Vast forests are found in the Yukikaze, Atago, Odoyo, and Kamino regions as well; where the lumber industry plays an important part in the great shipbuilding industry that the Empire has. Rare and valuable tropical wood types, and tropical fruit are all harvested as well and provide a nice profit for local traders.

Rubber is found in the majority of the empire but has only recently been found to be useful in weatherproof gear. Allegedly, there is a secret weapon that the Empire has developed using this substance.

The Fujiwaran mountains have decent raw material deposits. From them is extracted iron, semi-Bituminous coal, Bituminous coal, gold, silver, copper, tin, manganese, asbestos, salt, sulfur, nitrate, and saltpeter. There are small deposits of these resources found in all regions, but the other major mining area of the Empire is in hills of Tazumi and the hills of southern Chikuma, where larger deposits of Bituminous coal, and iron occur due to the land formations that occur there. Bog iron is also found in many of the swamps in the Empire and marble is a common building material extracted as well.

Fishing is a vital part of the economy for all of the nation, and aside from normal food, luxury delicacies like caviar, lobsters, clams and oysters are caught regularly as part of the industry. Whaling is also an important industry, and much of the whaling industry is conducted from the city of Shiina.

As one might expect, there are various industrial sectors across the empire, mainly concentrated along the coastal regions of Atago and Arashio, and the river cities in Chikuma, Higano, and Mogami. Mogami has a growing steel industry, while Atago is centered around the weapon, shipping and shipbuilding. Arashio has many textile mills, distilleries, canneries, and is currently growing rapidly in population which bodes well for future industrial growth. Chikuma and Higano both have thriving ship building industries that are further bolstered by the textile mills, Fertilizer and porcelain industries that have emerged. Chikuma and Tazumi also have a thriving steel industry that is emerging thanks to the discovery of the rich veins that occur in the region.

The country has built up a great road network of the years in both Shogunates to reflect the need for transportation of peoples and goods. While not the fastest means of travel, the old horse and trolley get the job done, although other means are being thought of to speed up travel just as laying rails for horse carriages to ride along at greater speeds in cities and mines. Three major canals also are part of the transportation network, the Shiina Canal which connects larger Abashiri with the smaller Rumoi river to the south. There is also the Petora canal, a small waterway that connects the Abashiri River with the Petora river and allows the movement of Trade barges in both directions. But the true marvel is that of the Yorumi Canal, a 300 kilometre Canal connecting the Gulf of Helesta in the West and the Heavenly Sea in the East via the Takatsu to Hyakumantenbara. While it has cut down decently on the time it usually takes for a ship from Suzuhara to make it from the Greater Anykarian Sea to the Heavenly Sea, the Canal was considered to be a monumental failure until the influx of trade from the Indies in recent years. The potential of this canal in the future seems to be great, as the flow of profits from the Indiea has some accelerationists calling for the Canal to be widened and deepen to accomidate Large Indiamen. The technology isn't there yet, but when it does, the Yorumi Canal will be one of the wonders of the world in the eyes of many Anykarians. 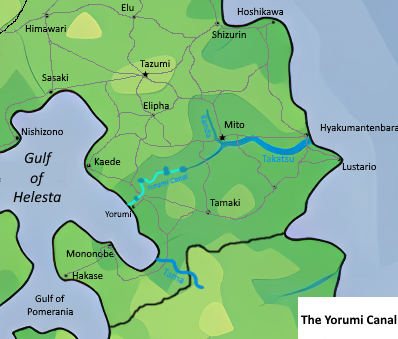 Because of the political rivalries between the Mononobe Shogunate in the East, which controls most of the profit from its cash crops and spices, and the Shoichi Shogunate in the West, which relies on mining, not all wealth is spread evenly in this fractured domain. The Shoichi Shogunate is poorer than its eastern rival and also more isolationist. This has led to difficulties in how corporations work because it is harder to set up a business in the Shoichi Shogunate and has left much of its resources untapped. But their economies are still tied together by necessity, because the Imperial Navy would not stay afloat without the lumber from the Shoichi and the food from Mononobe feeds Shoichi. 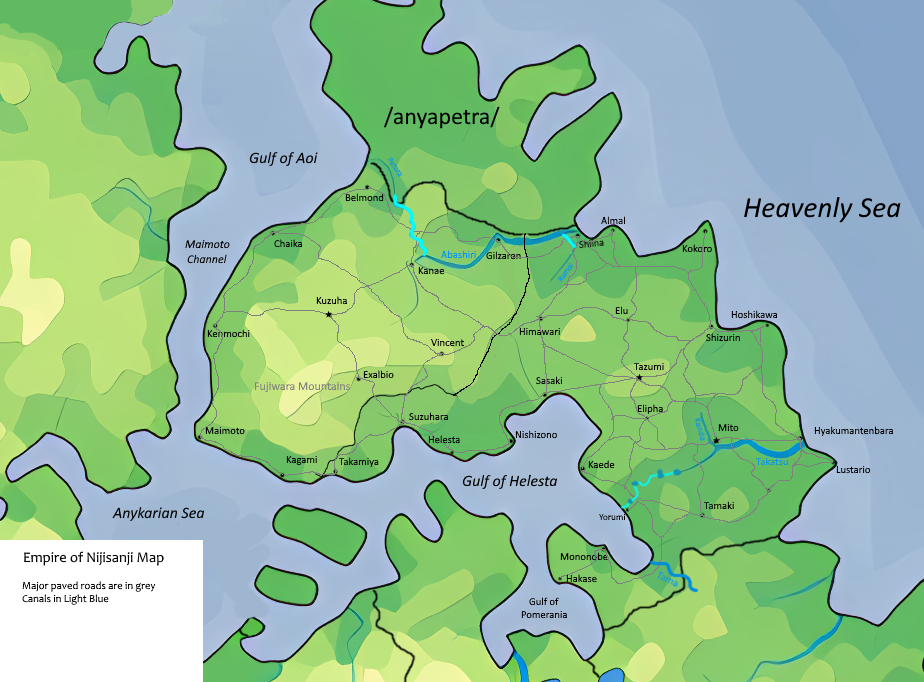