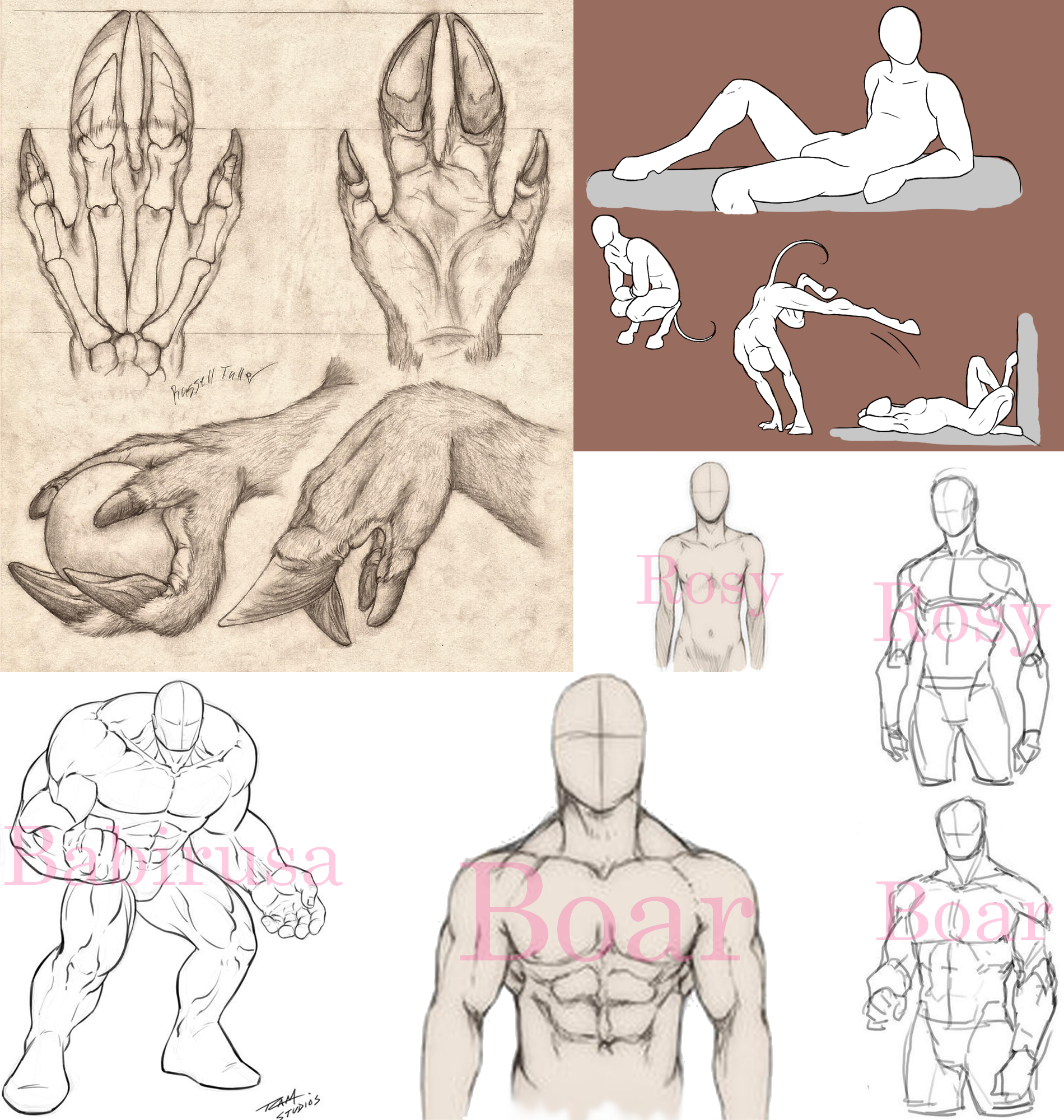 Before I begin, I would like to state that I have always been a fan of speculative biology. Now, this is a bit more then what I've dealt with in the past (I've really only worked on small and unintelligent organisms before), and due to magic being a bit of a helpful figure, not everything will be completely accurate to real life. Obviously, a pig-like humanoid couldn't be born from a giant rose in real life. So, if something doesn't quite make sense, you can either ask me to clarify or simply assume it has something to do with the fantasy element of the world. The image attached also should give some helpful visualization while reading the post. I was told in the past that I didn't need to worry about length, so let's see how far I can go with this, yeah? Might be a fun challenge to see just how autistic I can get.

With the basic layout for all forms of Rosebuta out of the way, we can take a closer look at the variants born from the Rosebuta. While there are the main two variants of Rosebuta, the Rosy and the Boar, there also lies a second pair of variants. These are regarded as cursed counterparts, only coming about under negative circumstances. If a Rosy or Boar were to renounce or sin against their goddess, the very biology blessed unto them would twist and pervert itself. Their skin would lose its pink pigment, becoming grey skinned, and they would grow two sets of large tusks. The first set of tusks would come from the front of the jaw, extending up to the center of the nose. The second pair grows from the sides of the jaw, extending up to the eyes. The mouth rips open wider to allow for these tusks, a painful process that makes their mouth more akin to that of a snake's in appearance. Their rose also wilts, becoming unable to reproduce. The only saving grace is that the goddess is not unkind even to those who do wrong, allowing them to keep one gift. These damned variants are referred to as Babirusa and are regarded as a scary story told amongst Rosebuta.
The Rosy is a thinner variant of the Rosebuta, typically having a very lean build with not very much muscle mass. They are rather short in nature, being an average of 4'7" to 5'7" (140cm-170cm) in height. They have a slightly lighter bone density when compared to humans, making them a little more brittle and susceptible to injury. However Rosies are very agile and nimble, allowing them to complete more intricate tasks than that of a Boar. The Babirusa variant, known as the Babirosy, have extremely frail bodies that render them useless in most physical fights. They are typically even smaller, being only 4'2" to 4'11" (127cm-150cm) on average, and have petite bodies. Their only advantage is the ability to retain their intelligence. Babirosies which live for an extended period of time can be very dangerous due to their cunning.
The Boar is a tougher variant of the Rosebuta, having a wider frame with very strong bodies. Standing at an impressive average of 6'3" to 6'11" (190-210cm) in height, they are incredibly large. They are not nearly as fast or agile as a Rosy or even a human in some cases, but they make up for it in impressive fortitude. Boars have a denser bone structure and their muscle mass is typically on par with human bodybuilders. The Babirusa variant, known as the Boarusa, is the apex of muscle. Despite their minds regressing very close to the point of being a mere beast, their bodies are larger than even the tallest of Boars. At a horrific average of 8'3" to 8'11" (252cm-272cm) in height, they are the epitome of slow but damaging. With a very thick bone density and plenty of muscle packed onto their bodies, it is extremely difficult to face one head on. However, they are unfathomably slow in both a mental and physical sense. Tricking them is, in some case, like taking candy from a baby.

I believe that's about everything I wanted to write down. If I missed anything I'll tack it on later. If you have any questions, please let me know as I would love to answer anything you have to ask. I also hope that everything seems balanced in nature. I tried to go for most variants to just be leaning one way or the other, instead of having multiple strong points and only a few weak points or something. Hopefully that worked in my favor. I wanted to write something drastic for our schizos and outliers in /rose/, as they tend to be very different from the usual bud, hence the Babirusa. And that's about it for me! Thanks for reading, if you did!