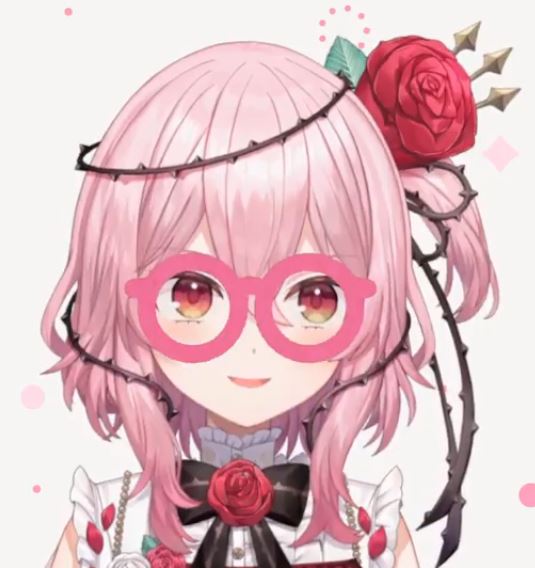 Okay! I think I did pretty alright. I sincerely apologize if anything comes off weird or just doesn't make much sense. This is my first real time working on stuff like this. Hopefully it's not too bad, enjoy! Seriously sorry if anything is sloppy or if I just posted too much, I'm a little paranoid and anxious about posting this but... Yeah.

"A Look At The Rosebud"

By Dr.
The Rosebuta (Rosa Scrofa), commonly referred to as a "Rosebud" or simply "Bud" as they may be called in these posts, is a species native to the land of /rose/. For most of their life they walk around with humanoid bodies that hold a calm pink color. Their heads are always chubby, pig-like faces with a growth resembling a rose above their left ear. Despite their animal-like look and intelligence, Rosebutas are technically classified as plants. Classification has been questioned in recent years, due to growing knowledge of their biology, but as of this writing they are not referred to as animals.
Rosebuds are born from giant flowers sprouting out of the ground. These flowers are planted by Rosebuds themselves after successful pollination. The plants sprout within three days of planting and create a single large flower after around one week. The flower doesn't blossom until the Rosebuta is ready to leave, which may take anywhere from one to six months. The Rosebuta tumbles out of the flower and eats the leftover plant for its first meal. Newborn Rosebutas are very small in size, measuring no more than two feet (61cm) in height.

Rosebutas require no parental guidance and survive very easily in their environment. Young Rosebutas have a flower on their head, henceforth referred to as their "rose", which acts as a natural deterrent. The stench emitted by the flower is foul enough to repel any predators. The young feed on any foliage near the ground, along with using their rose as supplementary energy via photosynthesis.
After a certain period, the Rosebuta will grow large enough to begin feeding on animals. The rose will change from emitting a foul odor to that of an aphrodisiac. The friendly look and smell of the Rosebuta will lure in creatures with a false sense of kindness. When close enough, the Rosebuta will snap the animal's neck and use it as food from there.

At this point, the Rosebuta will follow one of two paths. Rosebutas who prefer consuming the plant life around them will maintain a smaller size and a more feminine, though still male, appearance. These Rosebutas are typically 4'7" to 5'7" (140cm-170cm) in height and have much larger roses. A large rose is seen as valuable for breeding, the larger the better. These Rosebutas will be called Rosies from now on.
The other path is for Rosebutas who enjoy the meat of living creatures. These Rosebutas will practically explode in size and muscle mass. They will be far larger than their smaller companions, standing at 6'3" to 6'11" (190-210cm) in height. Unlike the more feminine appearance of their counterparts, these Rosebutas will be much wider and far more intimidating. Their rose will be much smaller and their stamen will be larger. While their rose won't be as effective for luring in prey, their enhanced physique allows them to chase and hunt down prey far easier. Some may even grow tusks, though these have no true purpose beyond decoration. These Rosebutas will be called Boars from now on.
Rosies and Boars act in unison. The Boars being useful for heavy lifting and being the powerhouse of the pair, while the Rosies act as the more intelligent of the two and provide support by taking advantage of their smarter minds. There are, of course, outliers with smarter Boars and more active Rosies, but overall this is how they function together.

Rosies have a mating season of their own during the Spring time. Their large roses will begin to emit a powerful aphrodisiac that spreads over a wide area, luring in Boars. These Boars will fight for dominance over the Rosy, though the largest stamen is typically the winner due to a higher attractiveness. Breeding is relatively simple. Without getting into too much detail, the Boar will use its stamen (Male genitalia hanging between the legs, heavily resembling a human's genitalia) to pollinate a Rosy's rose. The rose will close up after pollination, growing a single seed inside. When ready, the rose will open back up and the Rosy will find suitable soil to plant the seed. The seed will quickly grow into a large flower which sprouts out of the ground, then the cyle begins anew.

In the next post I will go over the modern Rosebuta and how modernization has affected their nature and society. While this was written with Rosebutas sounding like non-sentient beings, they truly do have a very fascinating modern culture and are nearly as advanced as humans. But, that's for next time.