Since this is taking a while, I'll be posting the analysis in multiple parts as I get each of them ready.

This map only applies to a planet very similar to earth in rotation speed, direction, and size.

First, Wind and ocean gyres.
I added arrow within the big arrows to show the polar easterlies, westerlies, and trade winds I had taken this into account in the previous analysis' but I didnt show it in the images.
I've once again left out neutral ocean currents. I can add them in for a full ocean current map if anyone wants one but where the neutral currents lay should be relatively simple to deduce.
Another addition is the intertropical convergence zone (equator, red), subtropical ridges (north and south of the equator, blue), and polar fronts (far north and south, red).

For seafaring, the ITCZ and the subtropical ridges create areas where the winds are unpredictable and often stagnant, meaning that ships relying on sails for locomotion may risk getting stuck in the zone for days or even weeks. Unprepared sailors would risk starvation, scurvy, or death.

I'm sure I'm forgetting about some points but if there are questions I can try to come up with an answer. Next post will be on weather phenomena and rainfall regions 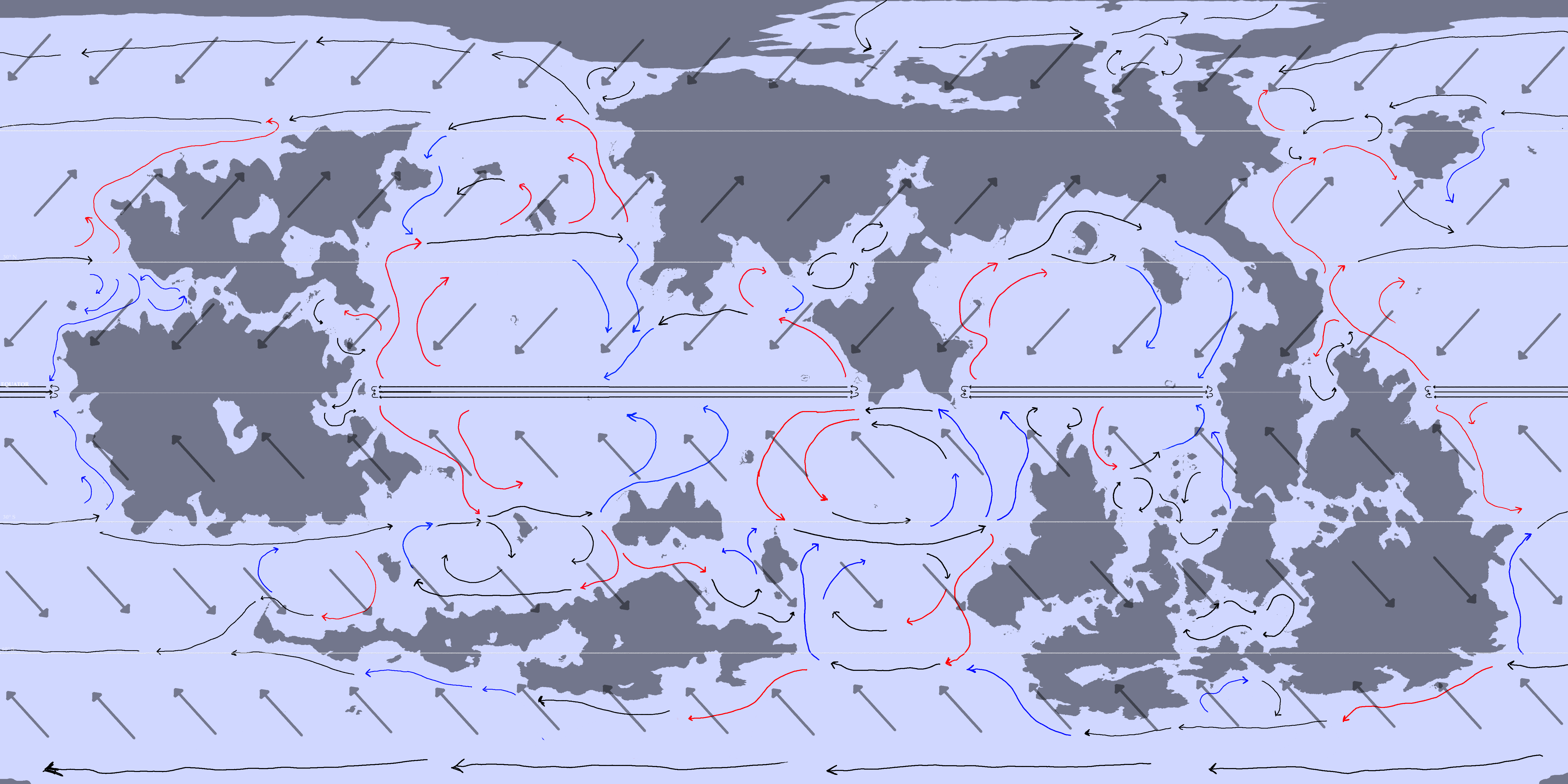 this is an old map. 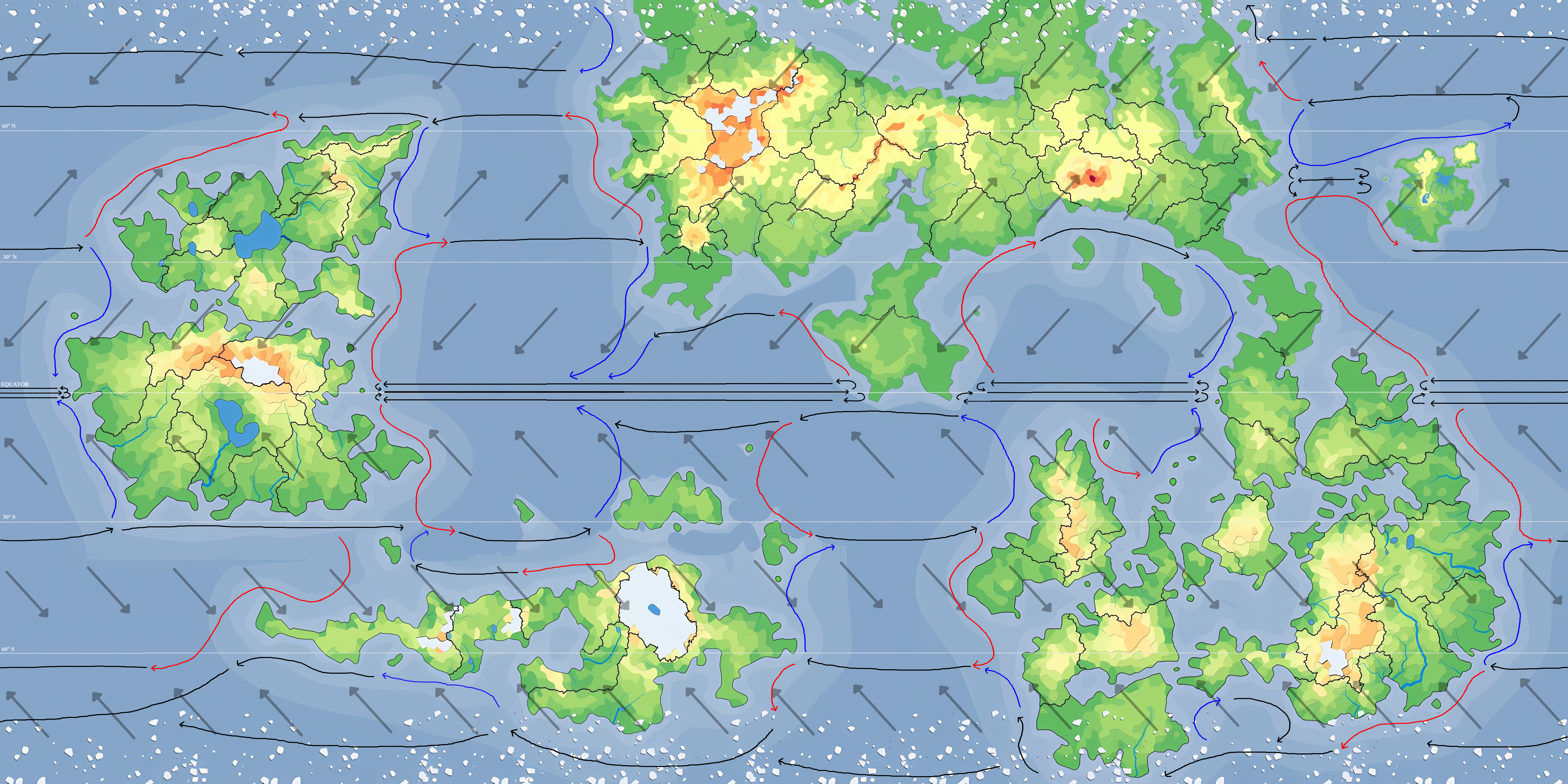