Stable Diffusion 1.4 was trained on 512×512 images. That means generating pictures in any other dimensions is going to mess your result up. When straying too far away from 512×512 and 1:1 aspect ratio, you'll get twin heads on characters, long necks, broken composition, tiled repetition and plenty of unwanted results in general. Here's a comparison.

Any picture with a clearly defined subject is going to end up like this. Some pictures like landscapes, backgrounds and other similar scenes will actually benefit from repetition, to an extent.

However even those will get garbled once you take it too far.

So, how do you make pictures with larger resolutions?

If you are using this Web UI, you have a feature called SD upscale (on the img2img tab). It's probably available in other wrappers for Stable Diffusion as well, but I will focus on this one. It will upscale your picture 2x (512×512 will become 1024×1024), using SD itself to invent more details. It can be repeated to make images of larger resolutions. It doesn't take up more memory, just requires proportionally more time. It can yield arbitrarily detailed pictures from mere 512×512, and these would be not fake but "real" details. It can even fix some faces and hands as they tend to be drawn better at larger sizes. 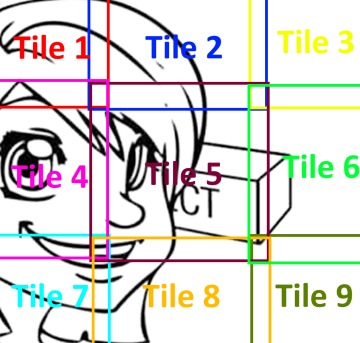 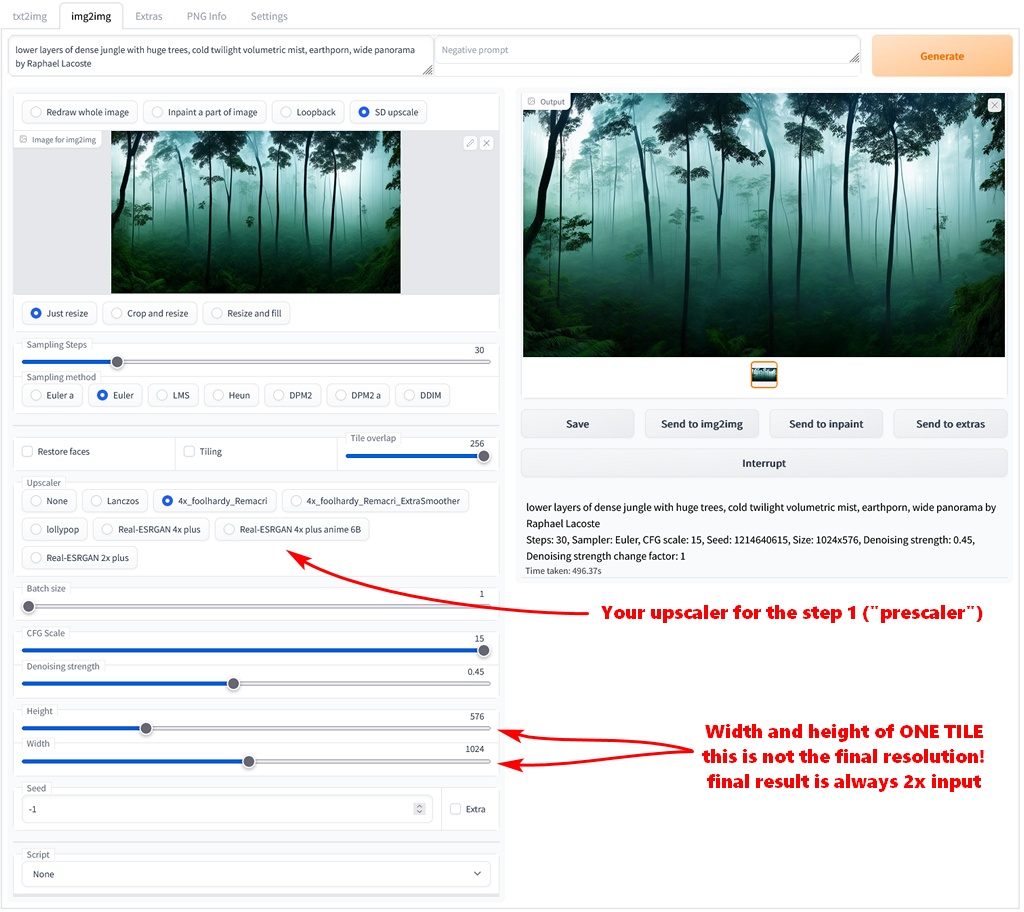 Tile size is best kept the same as original because at different dimensions img2img will generate a completely diffrent picture and your result is going to be different from the original. However, if you don't care about it, you can make tiles larger or smaller to fit the content better. Read the Limitations section below and think how tiles will be layed out in respect to the underlying content.

Keep in mind that if you give the tiles too little overlap, the result might considerably differ in different tiles. If you give too much overlap, you'll waste performance and may get double seams in extreme cases.

Prompt can either be the same, describing the entire image (but also see the Limitation section), or just your styling vectors or something average if your content is too diverse across the tiles, or something entirely different if you want to get creative with adding details.

If you don't want the result deviating too much from the original, keep seed the same.

Usually, denoising > 0.45 gives undesired effects. (depends on the picture, though)

CFG scale works exactly like it does in img2img, again because SD upscale is just tiled img2img.

Sampler is irrelevant but keep in mind that ancestral samplers (Euler_a and DPM2_a) mutate the picture every step, so if you change the number of steps or switch from ancestral to non-ancestral, they will produce different pictures. Avoid ancestral samplers in your pipeline (including txt2img) if you don't fully understand the implications.

If you want the picture to deviate as little as possible from the original (just add details), keep all settings except denoising the same, including the tile size (same as picture size), prompt, seed etc. If you still want to set the different tile size, try playing with the seed resize feature but I was unable to make it work reliably:

The first step in the algorithm (prescaling) is crucial. Here's a crop of two pictures upscaled with SD, with two different pre-scaling algorithms used in the process.

Why does this happen? Lanczos is purely algorithmic, ESRGAN Remacri is a neural upscaler which is tuned for crispness and detail preservation. While neither of them is even remotely close to SD upscale, remacri keeps more detail for SD upscale to latch on when hallucinating new details.

Note: Real-ESRGAN is not ESRGAN. The naming is confusing, but Real-ESRGAN is a newer, different model which doesn't seem to have finetuned variants. Don't use it, it's better in theory but is shit for this particular purpose.

For the AUTOMATIC1111's wrapper we are talking about, drop your ESRGAN models into the ESRGAN folder, they will be available in SD upscale then.

SD upscale has a considerable limitation: the prompt is the same for all tiles, and you can't manually lay tiles out. The more tiles you need to cover the image, the worse the issue is. Think small tiles on larger resolutions. 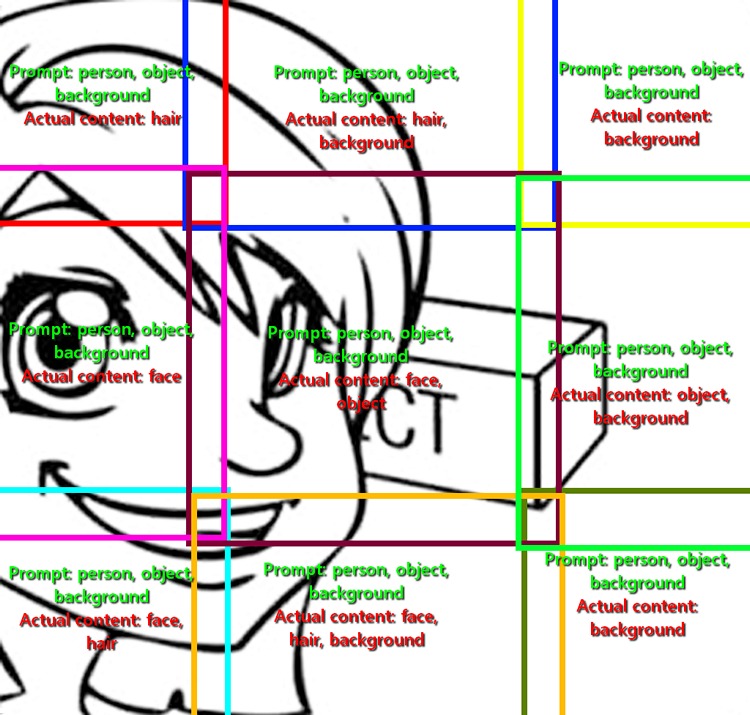 See the problem? Each tile covers very different content yet they are described by a single prompt. This can lead to SD upscale suddenly dreaming in a face in the grass, or invent another detail unrelated to the particular part of the picture.

There are several workarounds for this: