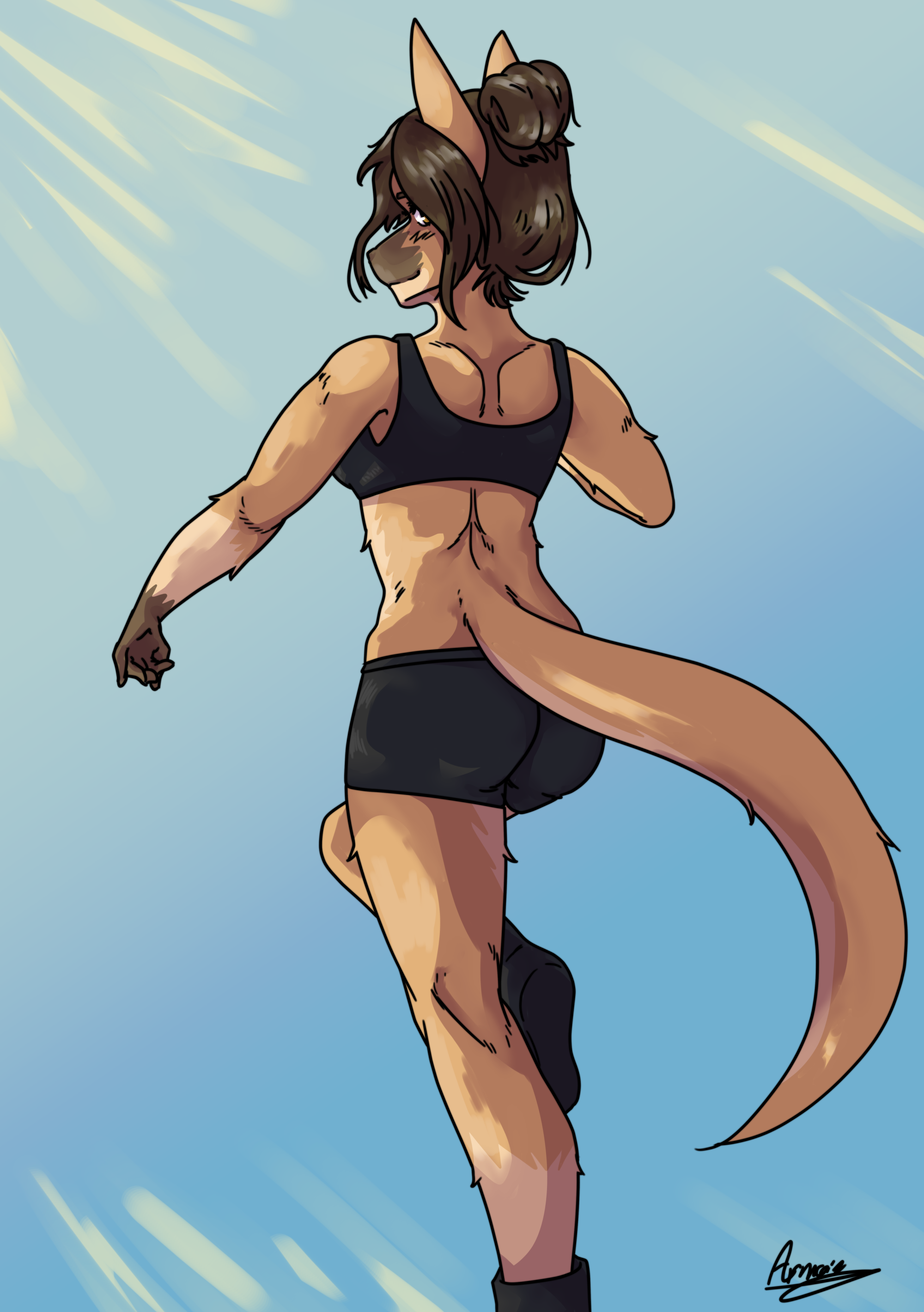 >”Ready to go?”
>She smiled, “Yep, all set.”
>As you drove to her house it seemed neither of you wanted to be the first to break the silence, instead choosing to admire the beauty of a cool Autumn’s night.
>You didn’t want a night as enjoyable as this one to end on a bad note, breaking the silence, “So, about that lunch?
>”What about it?”
>”You’re paying for it right?” you said, “I forgot who won..”
>”Oh no mate, you’re not weaseling out of this one that easily,” she said, looking over at you, “I’ve already got a place in mind too.”
>”Hopefully not going to break the bank,” you said, nervously.
>”Hey, you agreed to it, not me,” she said, “But don’t worry about it, I think you’ll like it.”
>”Going to tell me what it’s called?”
>”Nah, it’ll be a surprise.”
>”Just full of surprises aren’t you,” you said, “What’s next, going to blindfold me when I drive you home?”
>”If ya keep prattling on like a sore loser I might just have to gag you too.”
>”Going to be sore in more ways than one tomorrow morning, so you might be right there.”
>You pulled up to where you’d dropped her off the day before, watching as she gathered her belongings.
>”Better not be too sore, we’re going for a jog again tomorrow morning Anon or did you forget?”
>”If I can get out of bed I’ll be there, no promises though,” you said, grinning, “See you tomorrow.”
>She gave you a quick hug, pulling away before you even had time to respond, “See you Anon.”
>"Huh."
>You couldn't think straight on the drive home, had all that worrying been for nothing?
>Was she really okay with your friendship as is?
>All signs pointed to yes, but you still couldn't help but second guess yourself, your thoughts betraying you.
>You weren't even sure why you cared so much, doing your best to drive the offending thoughts out of your head and focusing on other things.
>Like how someone nearly two feet smaller than you had easily squatted a hundred more pounds than you did.
>As you unlocked the door to your apartment you vowed to never let that happen to you again, making a mental note to work out your lower body more often.
>All the exercise you’d gotten today had given you a massive appetite, looking for anything to eat as soon as you got inside your apartment.
>Rummaging through your fridge, you found a pot of beef stew you’d made the week before.
>After giving it a quick taste test you’d decided it was still good for consumption, heating it up and serving yourself a sizable portion.
>You watched some TV for some background noise as you ate, tearing through the meal in no time.
>After finishing your meal you opted to turn in early and get some sleep, you were going to need that rest if you planned to make it through another day like this one.
>For the first time in what felt like ages, you were actually looking forward to the next day, drifting off to sleep in record time.
>The only thing on your mind as you slept was Ruby, providing you a pleasurable rest in more ways than one.