As it stands, Sigurd knows relatively little about established franchises, so creating lorebook entries for the characters you'd like to include is more often than not necessary. In this rentry, we record notable ones people have made, not only in the general, but also in discord. There may be one not here that would cover a franchise you are interested in — please consider contributing. 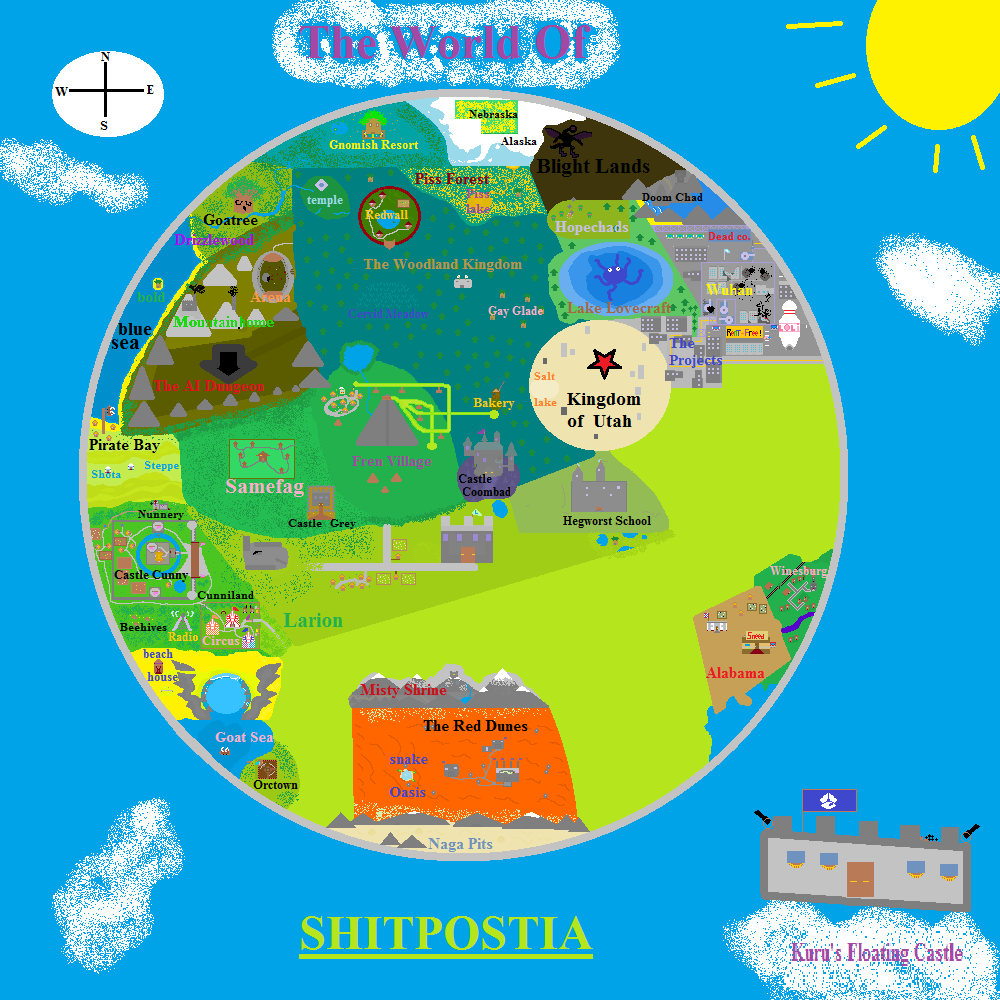 Feedback appreciated as always. Drop any requests and they'll end up in the lorebook! 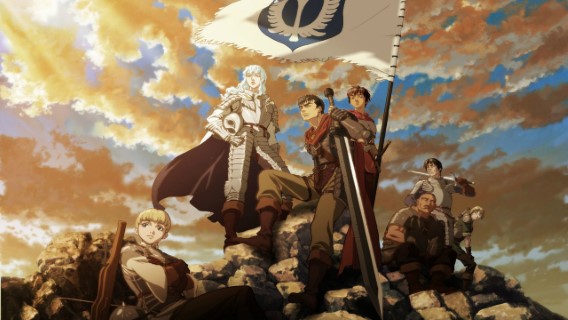 I am proud to present the very first Lorebook I share on these threads: a Berserk Lorebook for stories set during the Golden Age arc. Fight the Hundred-Year-War alongside the Band of the Hawk, go on raping sprees with Wyald, have the AI generate accurately retarded names for Tudor knight orders and relive Griffith's ascension and fall from grace with this 44-entries Lorebook.

All feedback is welcome: I'll modify it if needed. 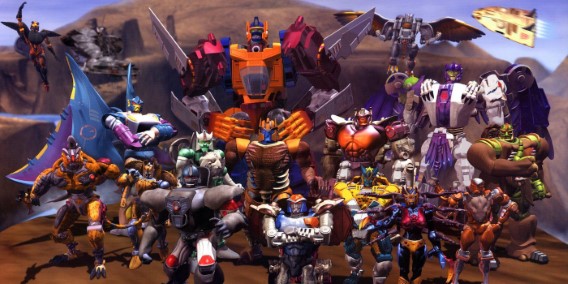 I made a Transformers: Beast Wars lorebook. Mostly to get a feel of how making lorebooks works, but also because I'm cringe and liked Dinobot because he's a Shakespeare-quoting velociraptor warrior with laser eyes.

Upon testing, training data apparently includes enough Transformers that NAI keeps spitting out things from the other canons, so it might be iffy at times, and works best if you know enough about Beast Wars to keep it on track yourself. Or don't, whatever. Nudge repetition penalties down a bit or it mangles the character names.

I have no clue why anyone would want this but it exists now so here it is. Oriented for gen stories, but if you really wanted to fuck a robot T-Rex or spider-lady, you could probably do it.

"Okay, so, here is an Undertale lorebook I made using articles from it's main wiki. It uses the scaffold format. Hope you guys enjoy it." 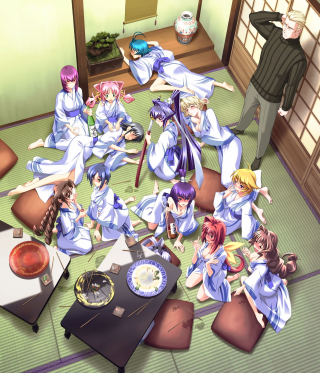 "I finished my Muv-Luv lorebook. This one is based on the "Final Extra" universe in Alternative's Epilogue and Altered Fable (with the exception of male Mikoto, but changing three pronouns will give you his female version). This one goes out to the guy who wanted to fuck the Mitsurugi twins." 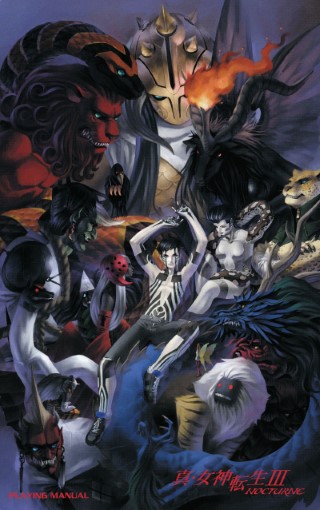 "The newest iteration of the Megami Tensei lorebook is here. In addition to demons from Nocturne and Strange Journey, it now also includes demons from SMT IV and IV Apocalypse, giving it a hefty 570+ entries. Thanks to the new Lorebook changes, generation no longer lags despite that. Since I have a lengthy list of infos and changes/additions, I made a rentry." 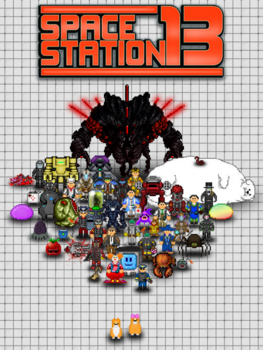 "Hey anons, I decided to make a Space Station 13 lorebook using some of Paradise, TG and Yogstation articles. Check it out!" 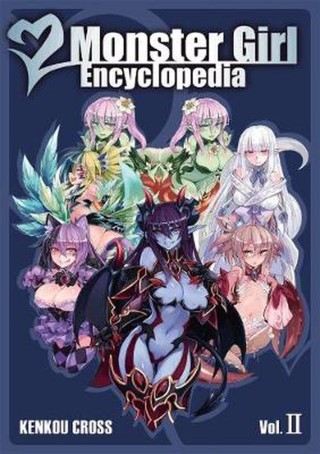 "Went through the monstergirl WI and updated the keys for NAI. Ended up replacing most of them with regex, some of them benefiting from it more than others. For instance, catgirl, cat girl and cat-girl will all trigger the werecat entry now. Japanese names should account for all romanization styles (yoko, youko, yōko). And plurals should work for everything.

Also, I removed all the brackets from the descriptions, since they seemed completely arbitrary and only served to make the entries annoying to read. I'm guessing it was some formatfag placebo bullshit that no one will miss.

Next step is to figure out how to make the AI bring up various types of monstergirls on its own. Nearly all of these entries will never be brought up unless you prompt the AI somehow. Just making a lorebook entry with a list of all monstergirls would probably take up a third of the context, and it's hard for the AI to figure out what to do with that much unorganized information. Leaning towards making separate entries for different types of areas, like forests, mountains, etc, but it seems like a lot of effort, so I'm very open to better ideas." 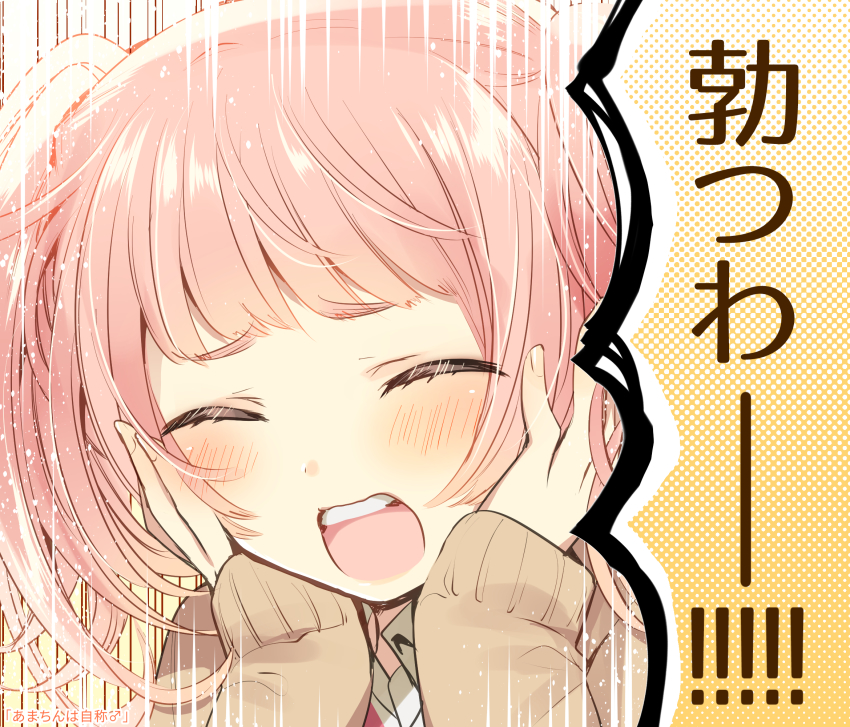 A Euterpe-tuned lorebook for all your femboy needs. Includes:

• Biases to reduce masculine features and reinforce feminine ones, separated in groups that can be freely disabled or modified if you prefer one vibe over another

There are two categories for the context entries for both Femboy on Man (♂) and Femboy on Girl (♀). In each, you'll find entries that influence the level of dominance (or lack thereof) that femboys have on the specified gender. These are optional but really influence the tone:

Entries can technically be combined if they have content that matches what you want. They have no keys so you must set them to force activate. 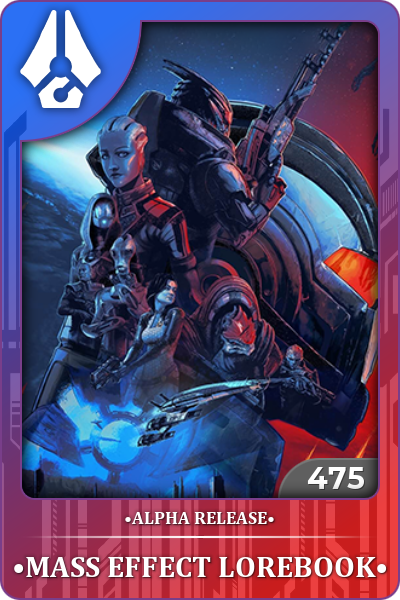 This Mass Effect Lorebook is a 476-entry lorebook, with descriptions sourced from the Mass Effect Wiki.

Due to the source material being wiki entries, the output is still less than ideal, and it is recommended to experiment with story tags to force a more readable output.

Text Credit: Mass Effect Wiki community, their entries (and as a result this lorebook) are licensed under CC-BY-SA

I hope you guys enjoy this effort. 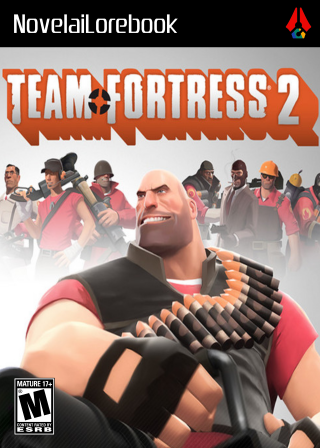 Here an attempt to adapt the lore of Team Fortress 2 into a lorebook, greatly condensing the history of the game and each character using the wiki as a guide. 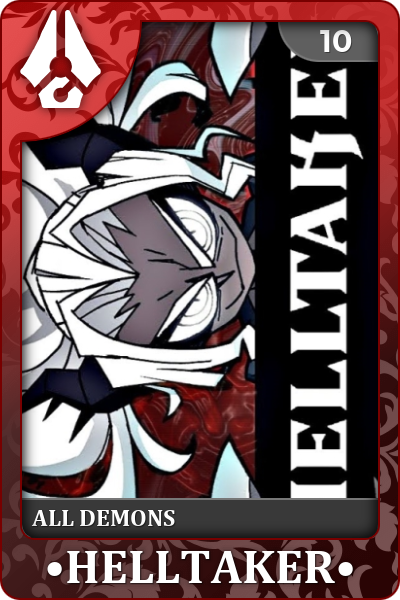 The guys are not included, this may change in a V2 if people request it.

All entries are 130-145 tokens in increments of 5, in a subcategory without brackets. (for Euterpe).

The Walking Dead (Season One) 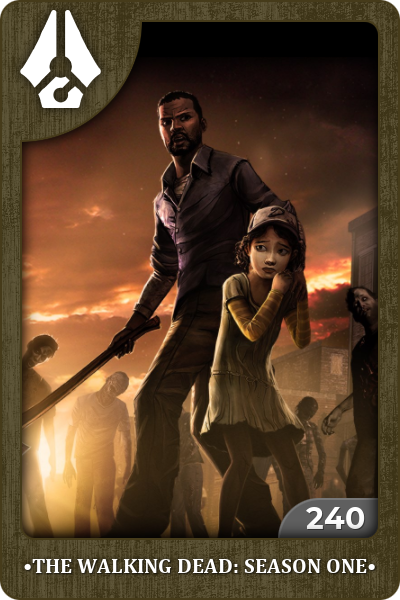 I'm pleased to present this card based on the critically acclaimed game "The Walking Dead: Season One" made by Telltale Games! This lorebook contains most of the characters (61!) encountered during the events of the game and its DLC, as well as 16 locations. I hope you'll enjoy playing with it :)!

(Note: Since some characters are sharing the same names, don't forget to enable/disable the entries of the one you want/don't want to see appear in your story.) 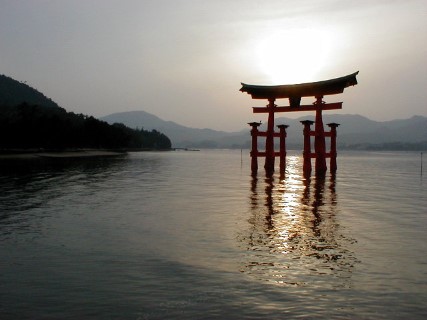 "After Months of research i started a Shinto Lore book. it is accurate to the actual mythology.

I will add more Yokai, Chants, Spell, and other supernatural entities and phenomena that are accurate to shinto scripture.

If you make a scenario using this LB I would love a tag and see what you come up with.

Soon i will add some clans of the period, i will add them on geographical order starting with the Shimazu in the south and working my way up.

If you see any mistakes in the history or Shinto lore please let me know.

P.s. also feel free to grammar Nazie the shit out of it. Cos AI can freak out with a spelling mistake. XD" 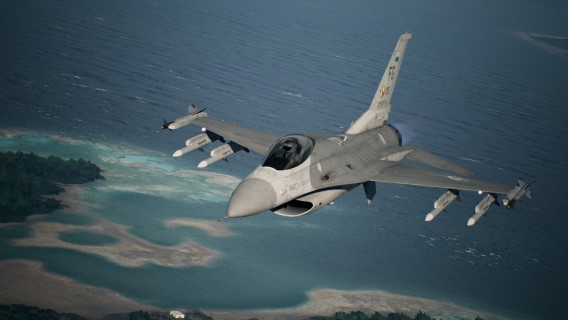 It is here, finally. This is an Ace Combat lorebook focused on AC7 (For this version, at least).

And a bonus: A special category with concepts from AC3 as well as headcanoned Ace Combat Infinity characters! Also includes headcanoned aircraft from China. (Experience and quality may vary.) 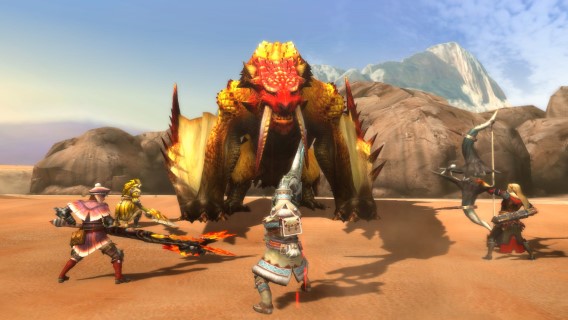 Que the Monster Hunter main theme! I have created an 80+ entry Lore book set for the third generation of monster hunter games (with the help of a few entries from Miak). this lore book contains all non subspecies monsters from Monster Hunter 3 Ultimate, and some more, plus all the necessary descriptions for items weapons and concepts to run a campaign, so I hope the (maybe two) people that want to play a Monster Hunter story as much as I do enjoy it!. full disclosure this lorebook set is untested and many of the entries contain sections that were lifted from the Monster hunter fandom wiki that were then cleaned and heavily modified in most cases. also some darker notes from the lore were added to taste. 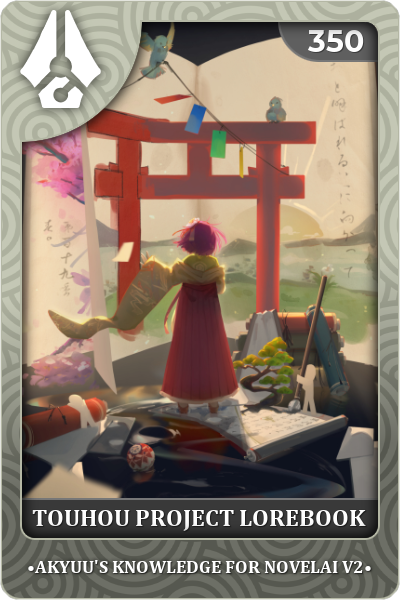 Akyuu's Knowledge for NovelAI is a 352-entry lorebook exhaustively covering the Touhou Project Franchise, across the entire Windows Era. This includes Written works, Drama CDs and the fighting games. Entries for the PC98 Era are included but disabled by default, due to the low amount of information available on the characters.

Changes between V1 and V2 include a full rework of the characters, with large amounts of added information, a fully consistent structure across all characters, and deeper research allowing for more depth and accuracy to the canon material. Hundreds of typos, doublespaces and many other mistakes were corrected as well. Around 10 new entries were added for factions, places and objects to complete some underdetailed characters.

This is a full rewrite of Gensokyo Adventures by LOLarious, based on a backup provided by Ralle. 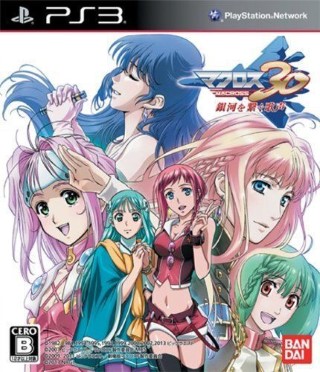 Here comes a (beta) version of the Macross 30 lorebook! Now with more pilot descriptions as well as deep sections on the Vajra's variants!

By far, this is probably some of the most effort I have put into a lorebook so far. Credit to Macross2.net for some of the information that the wikia was lacking! 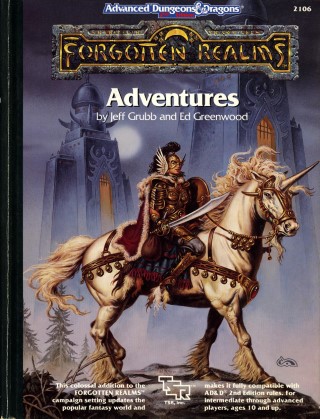 First off, I take no credit for this creation, and unfortunately I do not have the original creator's name. (Hopefully that is not an issue.)

A World Info set from AID before the purge converted to NovelAI based on Forgotten Realms, features the Gods, locations and creature 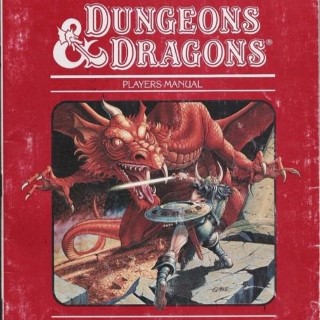 "Dungeons And Dragons (DnD) lorebook with 362 entries (locations/creatures/deities) I never got to clean up:

Since I don't plan to work on this atm, I'll just leave it here in case anyone's interested."

My Little Pony: Friendship is Magic 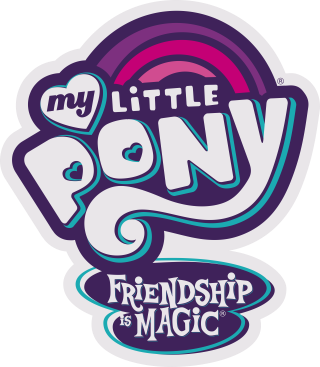 "Hi all. Here is a work in progress Lore book for the Mlp G4 world. I have tried to make it canon for about 99% of stuff, the only thing that's not is some stuff on changelings, stuff like their life cycle that was never really explained and with that I just added some bug-ish stuff that I thought made sense, if you don't like it, it's all tagged Changeling so it will be easy to edit. As I said this is still work in progress, in the end I am hoping to add most characters from the show (that actually show up more then once in the background at least) and the more notable locations. From the little testing I've done it works but this is the first large scale lore book I've done so if there is a way to make it work better please let me know." 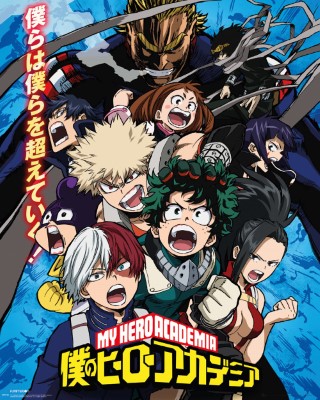 "Lorebook filled with information about My Hero Academia. Might not be that good, but maybe I've atleast laid the groundwork for something better. i'll post another lorebook soon with more characters." 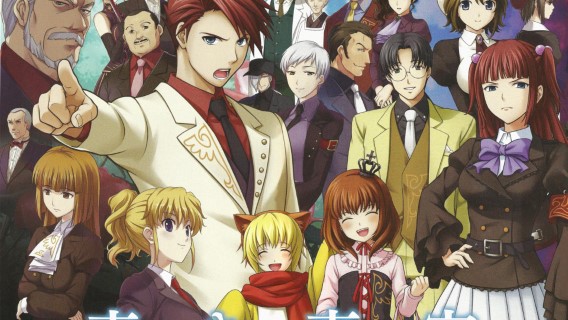 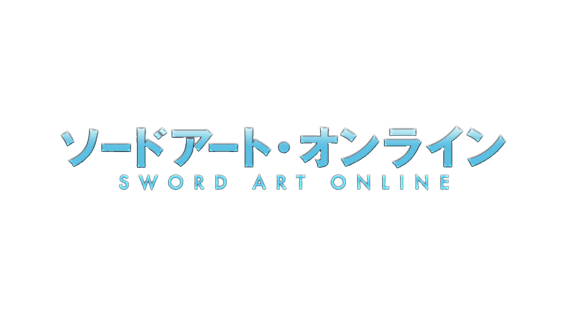 "same thing as last time. i've added the needed terminology, but out of all floors, only the first floor has been added. please expand on it if you want to use it effectively."

My extension to another lorebook, I hope it will grow more and more day by day. 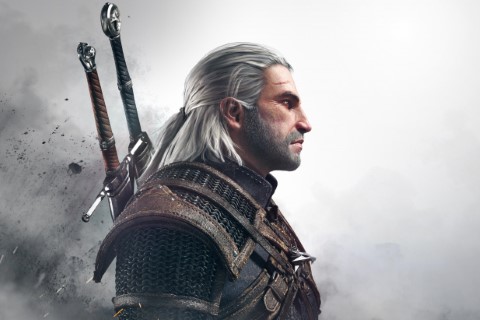 "The Witcher lorebook. Contains quite a few monsters, most important characters and some locations, although it is still rather preliminary" 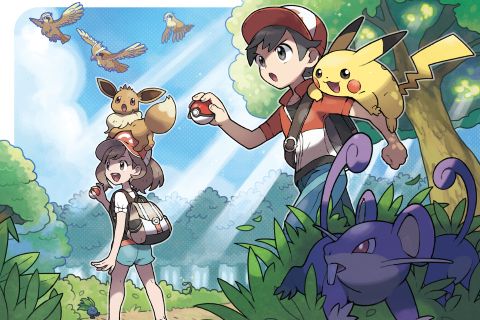 "Lorebook containing most Pokemon from the Kanto region"

This one is only temporary.

I humbly request that all curious anons peruse this collection for any lorebooks of info to add seperately as their own entries, as I will eventually be removing this entry.

"Hey, back in the AI Dungeon days I made a collection of 35 worlds based off fictional media. This includes: